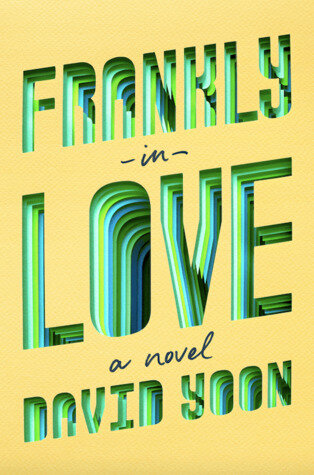 High school senior Frank Li is a Limbo–his term for Korean-American kids who find themselves caught between their parents’ traditional expectations and their own Southern California upbringing. His parents have one rule when it comes to romance–“Date Korean”–which proves complicated when Frank falls for Brit Means, who is smart, beautiful–and white. Fellow Limbo Joy Song is in a similar predicament, and so they make a pact: they’ll pretend to date each other in order to gain their freedom. Frank thinks it’s the perfect plan, but in the end, Frank and Joy’s fake-dating maneuver leaves him wondering if he ever really understood love–or himself–at all.

My Review of Frankly in Love

So you may have seen on my stories some of my thoughts on Frankly in Love — namely the audiobook.  So let’s get that outta the way.

As I’ve been listening to more and more audiobooks, I’ve realized exactly how important a narrator is — they can truly make or break a book, and I’ve had my share of good books ruined by their audio performance. Because I had high expectations for the book, I kept listening, but boy did I struggle. The writing itself was good, don’t get me wrong, it was just hard to focus on that aspect when I was being so picky about the narrator. In my opinion, his voice was way too stressed and ended up making everything that could have been funny sound like a boring joke. There is also a recurring bit of the book (barely a spoiler here), where the main characters Frank and Q talk to each other in a fake posh accent. This, read aloud, made me cringe so hard.

So, beyond that, I loved the book itself. It is longer than typical YA, but really evolves in all that space and I didn’t want it to end. I think it gives a lot more to the narrative than the typical one-arc YA does, and leaves room for complexities.

The book also does a number of laudable things in the realm of racism discourse. For one, there is an entire section of dialogue written in Korean, which is notable for a couple of reasons. One, I am quite fascinated in how the English language shifts and accommodates for (or doesn’t) ever-mixing cultures, especially here in America. I personally love to see the diversity in our languages shift as does our dialogue on the subject. Two, I think that it is important for readers to be forced out of their comfort zone, which this does in such a poignant way. It quite literally gives the readers the experience of being the child of an immigrant and a language apart from your parents, however much you can give that in a text.

This borders on spoilers, but I also thought it followed well the trend in adult fiction lately. Some of the events, which you will recognize when you read it, reminded me of Steph Cha’s Your House Will Pay (not out at the time of this writing but published in mid-October and a wonderful read).

There are a few critiques I had, though I wonder if I am just growing away from YA writings recently. For one, there was a bit too much emphasis on Frank and his friends being “geeks,” and not caring — they were a bit stereotypical and seemed to show Yoon’s age a little, not to mention a bit of a naive portrayal. They had cute nicknames for everything, which struck me as unrealistic and like Yoon was writing a middle-grade novel about high school. It lacked reality in a way and I didn’t quite follow. Also, Frank’s initial love interest, Brit, really put me off. She was kind of the worst, and I didn’t believe she and Frank’s relationship. I understand that high school relationships can intensify quickly, but this one felt like Yoon didn’t quite do enough work for me to want it to work.

All this aside, I do think it’s an important work to read. I somewhat wonder if it is capable of living up to all of the buzz, and if the publicity of being Nicola Yoon’s husband helped or hurt this book. I feel like at least in the bookstagram sphere, Frankly in Love perhaps hasn’t had space to come into it’s own, but don’t let this cloud your judgement. Pick it up — this is one I think we’re going to be talking about for a while.

Purchase from your local indie

Although Penguin Random House and libro.fm provided me with a free review copy, this did not in any way affect my review.

Review: Wahala by Nikki May

Review: The Farm by Joanne Ramos