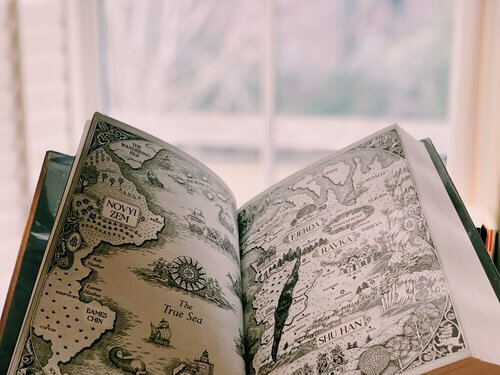 Okay, so I bought my copy of King of Scars in England, and I hadn’t finished it until now — I was savoring, all right?  But lemme tell you something: I’ve been reading Leigh’s books since I was like thirteen — that was MIDDLE SCHOOL for me.  And here I am in my final year of college.  She and her stories have, quite literally, been with me through most of my childhood and young adulthood.  So forgive me if this post is less critical than usual and a little more fangirly — I just needed somewhere to let it all out.  So here we go!

. . . the cuffs and hem of Genya’s kefta were also detailed with golden thread to match the sun emblazoned over her eyepatch in remembrance of Alina Starkov. Nikolai had added the sun in ascendance to his own Lantsov heraldry, a gesture he could admit had been driven by the need to court public opinion as much as by personal sentiment. Still, it sometimes felt like Alina was trailing them from room to room, her presence as tangible as the heat of a summer sun, though the girl was long gone.

It had taken a long time for Zoya to think of Alina as anything other than a rival. She’d resented the orphan girl’s gifts, envied her position with the Darkling. She hadn’t understood what power meant then or the price that any of then would be forced to pay for it. After the war, Alina had chosen a life of peace and anonymity, bought with the charade of her death, but her name and her legend had only grown. Zoya was surprised to find she liked seeing Alina’s name on churches, liked hearing it spoken in prayers. Ravka had given too much of its love to men like the Darkling, the Apparat, even the Lantsov kings. They owed a little of it to an orphan girl with no dress sense.

They’d sent the great golden coach and its glittering outriders to Keramzin. There, the party would be welcomed by the couple who ran the orphanage and who they knew could be trusted with the secrets of the crown. *

* I nearly had a heart attack here because I thought we were gonna see Alina. (And then we didn’t.) 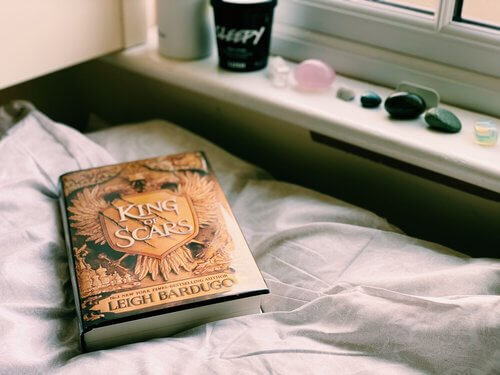 ‘Kirgin shuffled his feet like a schoolboy. “I just can’t help but feel that Commander Nazyalensky’s icy demeanor masks a tender spirit.”

Toyla snorted. “She’ll pulp your heart and drink it.”

Kirgin looked aghast, but Nikolai suspected Tolya was right. He’d come to recognize the bizarre phenomenon of Zoya’s beauty, the way men loved the create stories around it. They said she was cruel because she’d been harmed in the past. They claimed she was cold because she just hadn’t met the right fellow to warm her. Anything to soften her edges and sweeten her disposition—and what was the fun in that? Zoya’s company was like strong drink. Bracing—and best to abstain if you couldn’t handle the kick.’ – p. 57 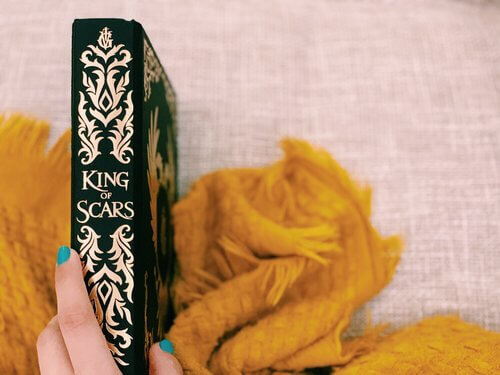 Verbatim Notes from Me, Grace

There are, as usual, some verbatim quotes that I jotted down on my phone while reading, and I don’t feel that I could possibly rewrite them. So here.

Actual Quotes from the Master, Leigh

And some more eloquent quotes from Leigh because I should try and redeem this post and also I needed to include them.

There had been a time when words had been the only place he could find solace. No book ever lost patience with him or told him to sit still. When his tutors had thrown up their hands in frustration, it was the library that had taught Nikolai military history, strategy, chemistry, astronomy. Each spine had been an open doorway whispering, Come in, come in. Here is a land you’ve never seen before. Here is a place to hide when you’re frightened, to play when you’re bored, to rest when the world seems unkind.

“it’s not exciting if nothing can go wrong.”

“One eternity is enough,” said Juris. “I want to walk the world once more. Return to the shores of my homeland. Maybe fall in love again. I want to swim in the sea and lie in the sun. I want to age and die and pass into realms I have never explored.” 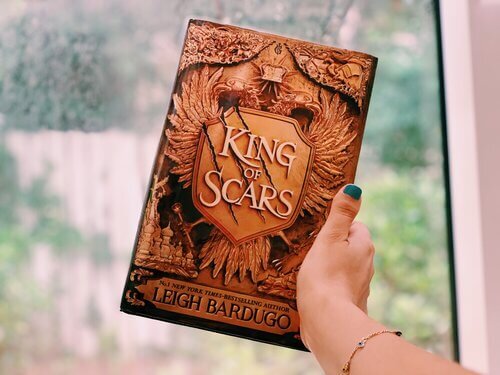 Righty, some more quotes from my own notes because I think it sums it up pretty well.

Annnnnnnd that’s it, folks. Pretty much all the feelings I had for this guy, and obviously, can’t wait for book two. (Maybe I won’t take months to read it next time!). You have thoughts/opinions/disagreements? Just wanna scream? Please please please DM me on insta or something, because I wanna talk.

If you haven’t already, you can purchase the book below, although I’ve probably just spoiled a lot for you (or you have 0 idea of what is going on) considering this is a Very Spoilery Chat. But it’ll still be good!