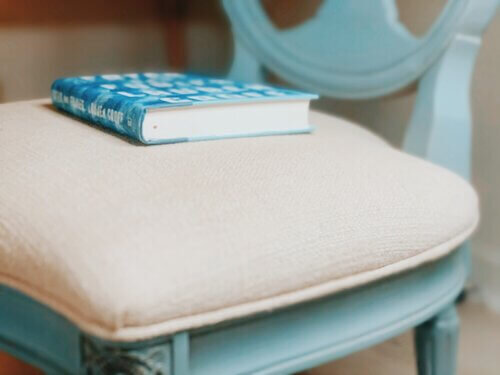 Have you ever found a book that has a weird mark on it, like in the picture above? I used to think these were mistakes, but they aren’t. They are called remainder marks and they’re actually a very common practice in the publishing industry.

I’ll break it down for you in a bare bones, non-expert explanation. (It’s useful to know, I promise.)

What are remainder marks, and why do they exist?

When a new book comes out there’s usually a lot of stock on the floor of a bookstore. It’s likely that not all of these are going to get sold, but that’s actually kind of okay with the bookseller because when they order these books, they often have a deal with the publisher that allows them to send the unsold stock back for a refund within a certain period of time.

So now the bookstore has been refunded their money and the publisher is left with a bunch of books. You would think, “oh, that’s fine, now they just have a bunch of brand new books they can sell elsewhere.” Actually that’s not entirely the case. Although it sounds ridiculous, once a book is been on the floor of the bookstore, it’s no longer considered new and that means you can’t sell it for full price. So what does the publisher do with these books? Well, they either sit on shelves in a warehouse somewhere, or they go to book heaven.

But when you think about it, both of those options are kind of stupid because they are a complete loss for the publisher. So in order to save some of that revenue, the publisher sells these books at a much cheaper price — just to get them off the shelves and to recoup a little bit of that money. I mean, you would rather get some money than none at all, right?

So the publisher is just trying to get these off their shelves, get a little bit of money back, and send these onto the next person who can sell them for a cheaper price. I say a cheaper price because remember, these books are no longer considered “new” — even if they are absolutely pristine. These books are what we call “remainders”.

What happens when an author’s books are remaindered?

When remainders are sent off for the second time, the publisher and the author no longer get any money from those books — but that’s not necessarily a bad thing. Just because the book has remainders left over doesn’t mean that it didn’t have a successful run — and we’ll get to that in a minute. In the cases of those authors who weren’t so fortunate, however, reminders can actually help. In fact, there are actually a lot of stories of really great authors who had bad first runs for whatever reason, but when their books were remaindered, they did a lot better.

Imagine you’re a debut author and your first book is put out into the world and . . . it just doesn’t do that well. Not a great sign. So the leftover stock is remaindered and finds its way into the bargain bin. But once they are discounted, they might end up selling fairly well. Understandable — people are more likely to purchase a book they would have previously passed over if it’s discounted.

Although the author isn’t getting royalties from this book, they are getting name recognition. Sometimes that leads to an author’s second wind, and a lot have actually found success off of that. So when you see reminders, don’t think of them as a bad thing — they’re actually fairly neutral. It’s just part of the process, and sometimes, good things do happen.

On the other hand, you’ll find remaindered hardbacks of books that you know did really well pretty frequently.

These were probably marked down right about the same time that the paperback came out. As you might know, paperback releases are kind of like baby releases. If you weren’t going to buy the book when it was a hardcover, you might want to buy it now when it’s a much cheaper price. I personally prefer to buy paperbacks. Paperbacks come out about a year to the day of the hardback being published, so booksellers have to make room on the shelves for these paperbacks by getting rid of the remaining hardbacks. These will become remainders.

why do remaindered books get a sharpie mark on them? 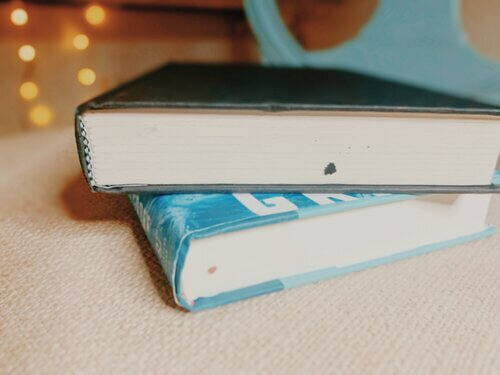 Let’s recap: Bookstore, back to the publisher if it didn’t sell, on to a new seller for a cheaper price. That’s how the process “works,” but nowadays some of these books just skip this step all together. I’m a little foggy as to why this is, but sometimes it is literally just cheaper for the publisher to not pay the shipping costs to have those books mailed back to them. So they stay at the bookstore. Once the bookstore has gotten their refund, instead of shipping these books back to the publisher only for them to be sent out again, the bookstore just keeps these and agrees to sell them for a lower price.

Basically the bookstore is getting back some of that money and the publisher is getting rid of reminders that would otherwise take up space. Awesome!

Remember, just because a book didn’t go back to the publisher doesn’t mean you can still sell it as new. Even though the book is only been on the floor of the bookstore it’s entire life, we have to treat it like it went back to the publisher and it is no longer considered new. So what they do to keep them all straight is to mark them. This also ensures that the bookstore doesn’t refund customers for remainders bought on final sale.

When this process first began, the publishers would normally be responsible for marking the books, but nowadays, bookstores are often trusted to do it. Because of this streamlining of the remaindering process, seeing marks made by the publisher is getting somewhat rare. Sometimes their remainder marks were cute little stamps from the publisher, but today you’ll most likely see just a sharpie dot or line across the edge of a book. Usually they are on the bottom, because you can’t see the mark when the book is placed on the shelf.

(Bonus fact: I don’t really know why this is an option, but apparently sometimes the front cover of a paperback is torn off, and that indicates that it can’t be resold. Which explains the warnings I found inside the front covers of my books when I was younger that said “do not resell if missing cover.” I always wondered about that, but, honestly I don’t really understand why you would do that over marking it with a sharpie and I didn’t look into it so I’m putting this bit in parentheses.)

That’s basically the process, although there are variations according to publisher, bookstore, and of course, budget. This is how you can end up with a really nice hardback for a super discounted price. Cool!

Why should you care about remainder marks?

Well, it doesn’t matter to you, really, because it doesn’t have any effect on the book you’re buying besides the fact that there is a mark on it.

But, it might have an effect on others. When you see one of these remainder marks I would encourage you to think about where this book is coming from. See, one of the biggest problems is that there are third-party sellers on Amazon. These sellers will buy reminders at their discounted price and then resell them for full price as “new” books. They get away with it because at this point, who is really keeping track?

You can understand why that would be kind of bad, right? A third-party seller who bought these books for dirt cheap now gets all of the profit.

Let’s do some quick math. Say you have a $20 hardback, but the bookseller only gets it for two dollars. If they sell it at the original price of $20, they’re making eighteen whole dollars off that book. And none of that money is being kept track of. None of it goes to the publisher, and none of it goes to the author.

Which in my opinion is a big bummer. Because you’re paying the same price, but the money isn’t actually going to the people who deserve it. So, really what’s happening is that people who are selling remainders online are making money off of the publisher’s loss. I don’t know about you, but I don’t like how that feels.

Now, from what I gather, Amazon doesn’t really care about regulating these third-party sellers. So that’s great. And I’ve already talked about all the reasons that Amazon is not a great place to buy your books — in fact, I made an entire video on it. Well this is another reason that they’re really bad for the publishing industry. Amazon not only lets this happen on their site — they actually kind of promote it.

Think about your typical Amazon page. If they don’t have the item you’re looking for, they will usually just point you on to the next person who has the stock. And even if they do have the book in stock, they’ll still tell you which seller has it for cheaper, or this seller sells it “new.” So in a lot of cases, they’re actually directing their consumers to these third-party sellers.

Which isn’t good. And I know telling you this makes me seem like no fun at all. I just believe that when someone is making art they should also be the person making money off of it.

Yes, I come off as a total geek when I’m talking about this stuff, but I find it really interesting, and I hope you did too. I think it’s valuable to take the time to think about where our money is going, who were supporting, and what goes on behind the scenes to bring us things. Even if they don’t impact us directly, it means you’re doing the right thing. So yeah! Check your books.

Meanwhile, if you would like more information on the book selling and publishing industry, you can find my resources page here. 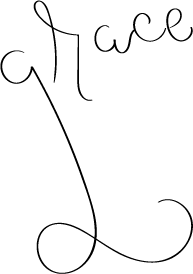 P.S. — This article was adapted from a video I did a bit ago — same info, just a different format.