Short and sweet monthly wrap-up! That’s it! If you have further thoughts on these books and wanna discuss, shoot me a DM or email! 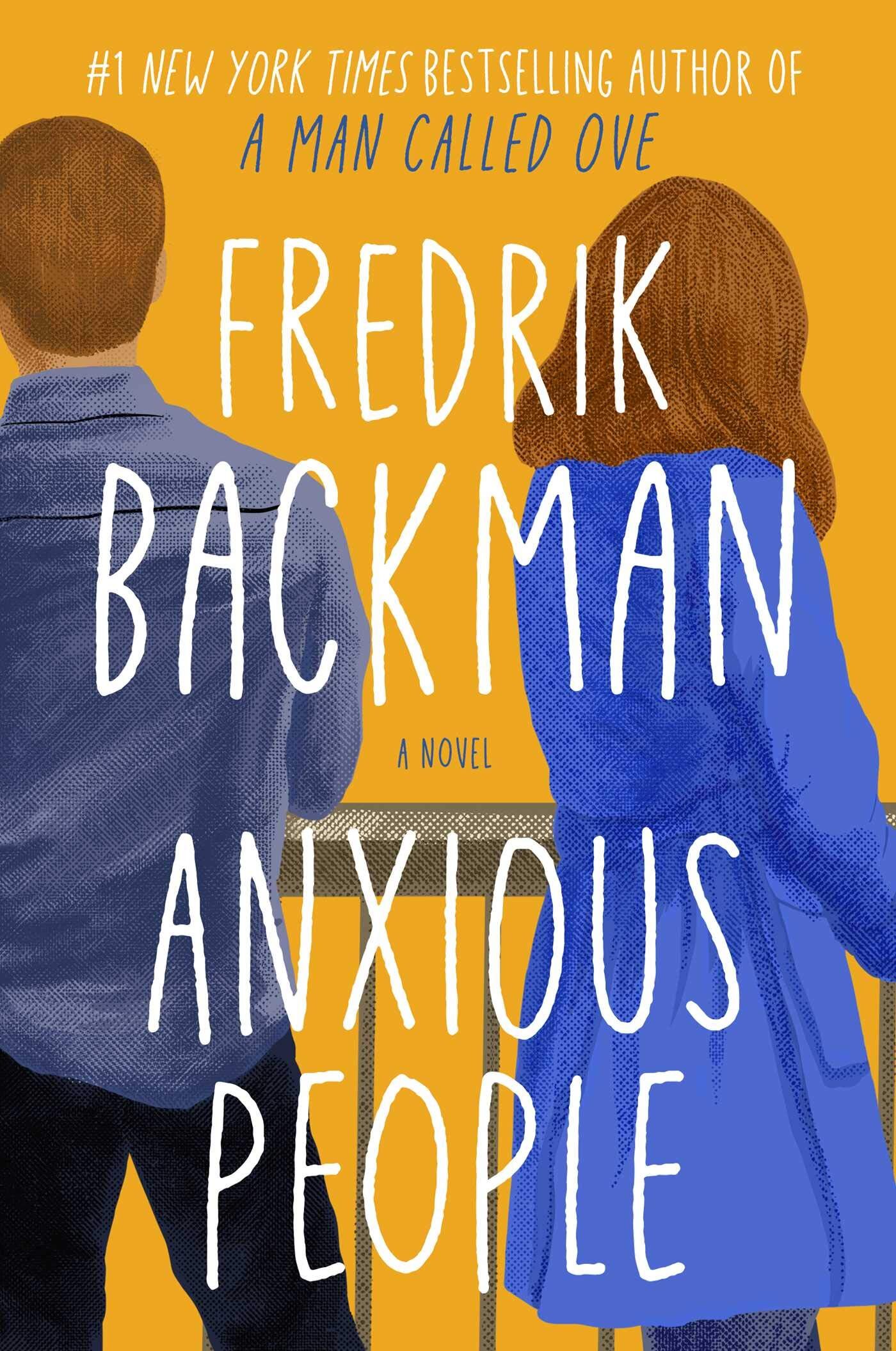 This is a poignant comedy about a crime that never took place, a would-be bank robber who disappears into thin air, and eight extremely anxious strangers who find they have more in common than they ever imagined.

Viewing an apartment normally doesn’t turn into a life-or-death situation, but this particular open house becomes just that when a failed bank robber bursts in and takes everyone in the apartment hostage. As the pressure mounts, the eight strangers slowly begin opening up to one another and reveal long-hidden truths.

As police surround the premises and television channels broadcast the hostage situation live, the tension mounts and even deeper secrets are slowly revealed. Before long, the robber must decide which is the more terrifying prospect: going out to face the police, or staying in the apartment with this group of impossible people.

This was my first Fredrik Backman and it did not disappoint! Anxious People was definitely a book I was peer-pressured into reading thanks to bookstagram, but I wasn’t led astray. I had never really thought of Fredrik Backman as a funny author before, and was surprised by his sense of humor in what should have been a tense situation. Instead, we get a story of understanding and human connection, something I found incredibly heartening considering the recent times. You’d think that this would be a heavy book, and in a way, it was, but Backman lightened things considerably with characters I couldn’t help but love and laugh at. 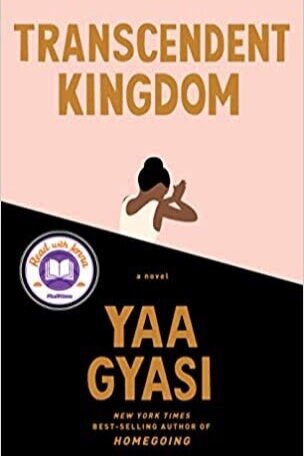 Gifty is a fifth-year candidate in neuroscience at Stanford School of Medicine studying reward-seeking behavior in mice and the neural circuits of depression and addiction. Her brother, Nana, was a gifted high school athlete who died of a heroin overdose after a knee injury left him hooked on OxyContin. Her suicidal mother is living in her bed. Gifty is determined to discover the scientific basis for the suffering she sees all around her.

But even as she turns to the hard sciences to unlock the mystery of her family’s loss, she finds herself hungering for her childhood faith and grappling with the evangelical church in which she was raised, whose promise of salvation remains as tantalizing as it is elusive. Transcendent Kingdom is a deeply moving portrait of a family of Ghanaian immigrants ravaged by depression and addiction and grief–a novel about faith, science, religion, love. Exquisitely written, emotionally searing, this is an exceptionally powerful follow-up to Gyasi’s phenomenal debut.

I didn’t get the book I expected, and I loved every minute of it. Transcendental Kingdom was an emotional book, to say the least, but Gifty’s science background was a great plotline to catch my breath in and kept things moving despite the book being backstory-heavy. Gifty herself was an incredible role model, bringing up the topic of how women intersect with science and her rebellion against “drawing attention to the fact of her womanhood,” when so many others would do the opposite. “I wanted to be a scientist,” she said. “Full stop.”

Being a southerner who grew up surrounded by religion, I could relate to how she grapples with the effects of her own upbringing. Gyasi has a talent for putting into words experiences that I thought I would never be able to express.

A History of My Brief Body by Billy-Ray Belcourt 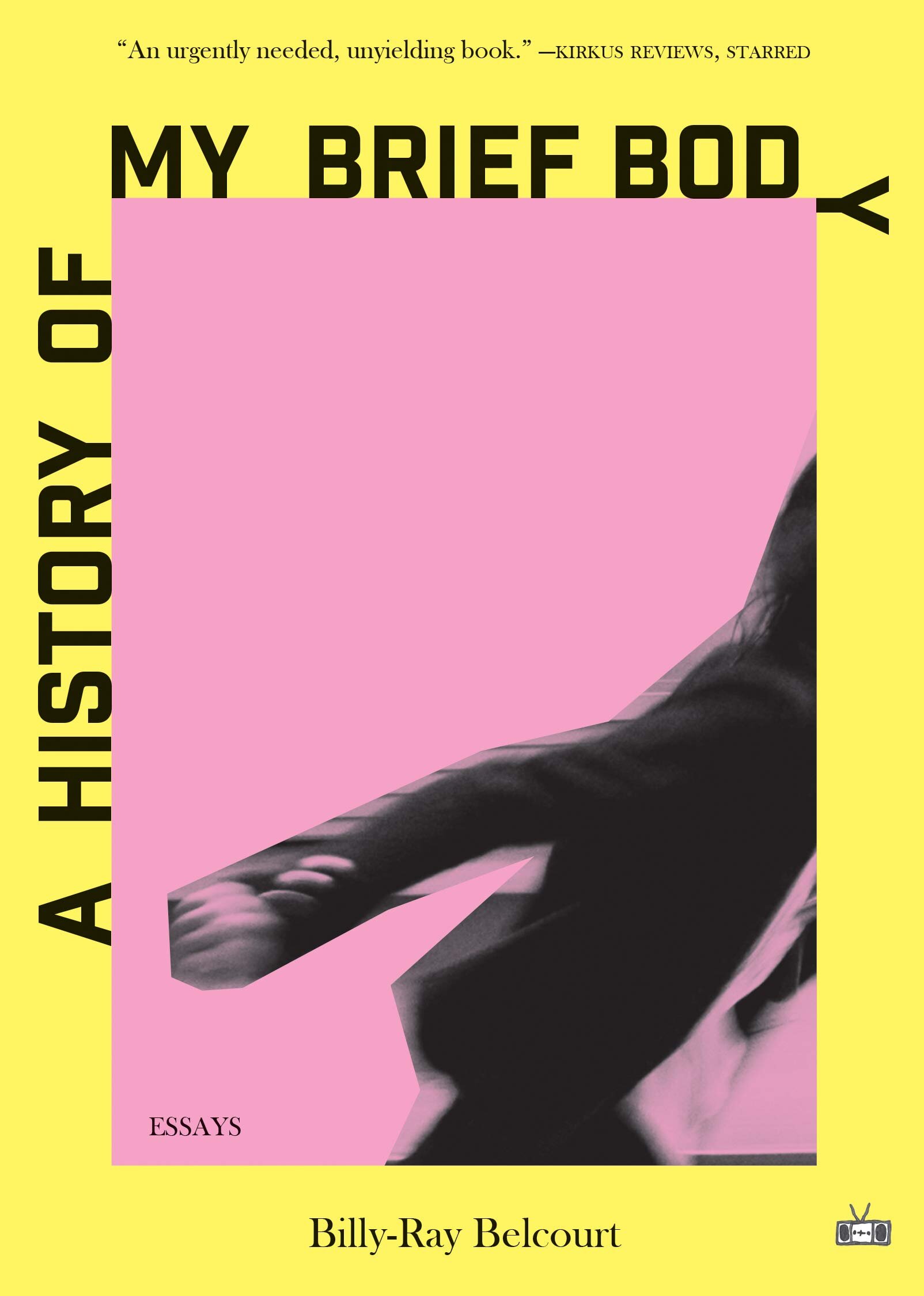 Drawing on intimate personal experience, A History of My Brief Body is a meditation on grief, joy, love, and sex at the intersection of indigeneity and queerness.

I shouldn’t have listened to this one on audio. There were parts that sucked me in, but I found myself backing up more than once after zoning out for a split second. It isn’t a book you can miss a part of and still track everything after. So honestly, not really sure of my opinion because I don’t feel as if I gave it a fair pass. But do what you will with this info. 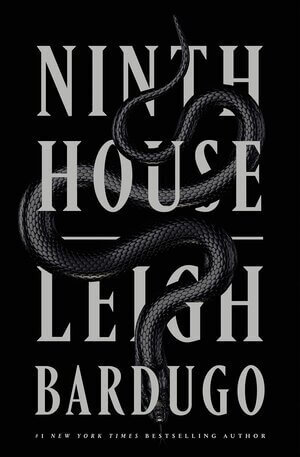 Galaxy “Alex” Stern is the most unlikely member of Yale’s freshman class. Raised in the Los Angeles hinterlands by a hippie mom, Alex dropped out of school early and into a world of shady drug dealer boyfriends, dead-end jobs, and much, much worse. By age twenty, in fact, she is the sole survivor of a horrific, unsolved multiple homicide. Some might say she’s thrown her life away. But at her hospital bed, Alex is offered a second chance: to attend one of the world’s most elite universities on a full ride. What’s the catch, and why her?

Still searching for answers to this herself, Alex arrives in New Haven tasked by her mysterious benefactors with monitoring the activities of Yale’s secret societies. These eight windowless “tombs” are well-known to be haunts of the future rich and powerful, from high-ranking politicos to Wall Street and Hollywood’s biggest players. But their occult activities are revealed to be more sinister and more extraordinary than any paranoid imagination might conceive.

Like a lot of people, I’m not entirely sure I can be objective with Leigh’s books. She’s a phenomenal writer and a master at world-building. So, yeah — I loved Ninth House and was relieved when the book ended with the setup for a sequel, because boy, I want more.

It is, of course, interesting to see Leigh move out of young adult. But wow did she ever. Ninth House is filled with sharp edges, and is decidedly for more mature audiences. She also definitely lost that kind of polish that tends to come with young adult novels — I didn’t expect everyone to have a clear-cut sense of morality or come out with a satisfying ending and lessons learned. Turns out that Leigh can do both modes of storytelling flawlessly. I know this isn’t exactly new information to all the readers out there who already know how fantastic of an author Leigh is, but I felt I had to once again express my admiration of her work. 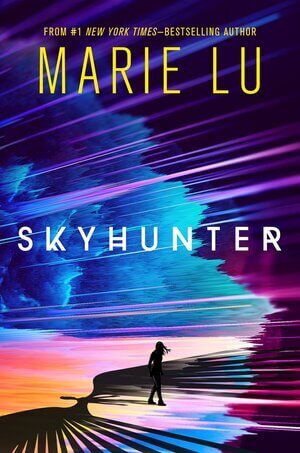 The Karensa Federation has conquered a dozen countries, leaving Mara as one of the last free nations in the world. Refugees flee to its borders to escape a fate worse than death—transformation into mutant war beasts known as Ghosts, creatures the Federation then sends to attack Mara.

The legendary Strikers, Mara’s elite fighting force, are trained to stop them. But as the number of Ghosts grows and Karensa closes in, defeat seems inevitable.

Still, one Striker refuses to give up hope.

Robbed of her voice and home, Talin Kanami knows firsthand the brutality of the Federation. Their cruelty forced her and her mother to seek asylum in a country that considers their people repugnant. She finds comfort only with a handful of fellow Strikers who have pledged their lives to one another and who are determined to push Karensa back at all costs.

When a mysterious prisoner is brought from the front, Talin senses there’s more to him than meets the eye. Is he a spy from the Federation? Or could he be the weapon that will save them all?

I guess this was a month of firsts for me, because this was also my first Marie Lu book. I’ve gotten so picky with books, so halfway through I had to remind myself of what my pre-English-degree self would have thought of the story. She would have loved it.

So instead of getting into all that, I’ll just say that this book reminded me of those that made me fall in love with reading. It was fast-paced and had characters to root for, and I tore through it.

Cover Your Tracks by Daco Auffenorde

So Sad Today by Melissa Broder

P.S. — Enjoy one free audiobook when you make the switch to Libro.fm, the alternative to Audible that shares proceeds with the indie bookstore of your choice.

P.S. — Enjoy one free audiobook when you make the switch to Libro.fm, the alternative to Audible that shares proceeds with the indie bookstore of your choice.

Big thank you to Libro.fm, Atria Books, Knopf, Penguin Canada, & Roaring Brook Press for providing some of the books mentioned here. As always, this post includes only my honest opinions.

Read It In Order: The Twilight Books