Lincoln in the Bardo Summary 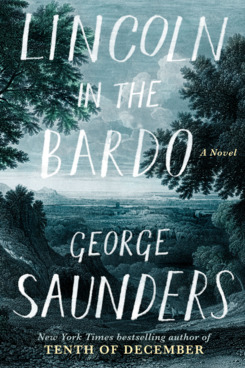 February 1862. The Civil War is less than one year old. The fighting has begun in earnest, and the nation has begun to realize it is in for a long, bloody struggle. Meanwhile, President Lincoln’s beloved eleven-year-old son, Willie, lies upstairs in the White House, gravely ill. In a matter of days, despite predictions of a recovery, Willie dies and is laid to rest in a Georgetown cemetery. “My poor boy, he was too good for this earth,” the president says at the time. “God has called him home.” Newspapers report that a grief-stricken Lincoln returns, alone, to the crypt several times to hold his boy’s body.

From that seed of historical truth, George Saunders spins an unforgettable story of familial love and loss that breaks free of its realistic, historical framework into a supernatural realm both hilarious and terrifying. Willie Lincoln finds himself in a strange purgatory where ghosts mingle, gripe, commiserate, quarrel, and enact bizarre acts of penance. Within this transitional state–called, in the Tibetan tradition, the bardo–a monumental struggle erupts over young Willie’s soul.

Lincoln in the Bardo is an astonishing feat of imagination and a bold step forward from one of the most important and influential writers of his generation. Formally daring, generous in spirit, deeply concerned with matters of the heart, it is a testament to fiction’s ability to speak honestly and powerfully to the things that really matter to us. Saunders has invented a thrilling new form that deploys a kaleidoscopic, theatrical panorama of voices to ask a timeless, profound question: How do we live and love when we know that everything we love must end?

Lincoln in the Bardo Review

This one came to me curtesy of From the Front Porch, one of my longtime favorite podcasts.  While I haven’t read Tenth of December, Saunders’ other big title, I feel like I now should, just out of sheer curiosity of what Saunders could do with another form.  Lincoln in the Bardo really was like no other — though it did do me some good to have a bit of explanation before I dove in.

The book is truly like a woven blanket, threads all different accounts (some fiction, some not) of the death of Abraham Lincoln’s son, Willie.  Because of this pieced-together style, the chapters really move quite quickly — often it felt like reading poetry, though sometimes I did have to reread some portions because of the way they switch POV so rapidly.

The entirety of the fiction portion of this narrative takes place in the graveyard where Willie Lincoln is put to rest — although the ghosts telling the story are definitely not “at rest.”  Although on the surface this tale revolves around the death of Willie, each character is kept in the ground between life and death (often unwilling to believe their life is truly over) because of something left unfinished, and as the story progresses, their past lives are revealed to be more and more complex, as often is the case in reality.

Something that I found unique about this story is how involved the reader feels — the “main” characters (for almost every one of the characters feels so full of life) speak directly to their audience, pulling them along as if they are also one of the ghosts in the yard.  Although much of the story is from Saunders’ mind, he employs both first and secondary accounts of Willie Lincoln’s death, providing some much-needed historical context for those of us just now encountering this story.  However, he chooses the most beautiful excerpts to include, and often shows several conflicting narratives to exemplify just how nuanced one story can be.

All-in-all, I would say that Lincoln in the Bardo is definitely worth the time and effort.  I typically don’t read historical fiction, but I found this book to be a great way to venture a little outside my typical genres, with fresh, elegant writing that even manages to be a bit humorous at times.  To an on-the-fence reader, I would probably want to describe Lincoln in the Bardo as an avant-garde Hamilton, though once you read it you will see that it is definitely in a class of its own.