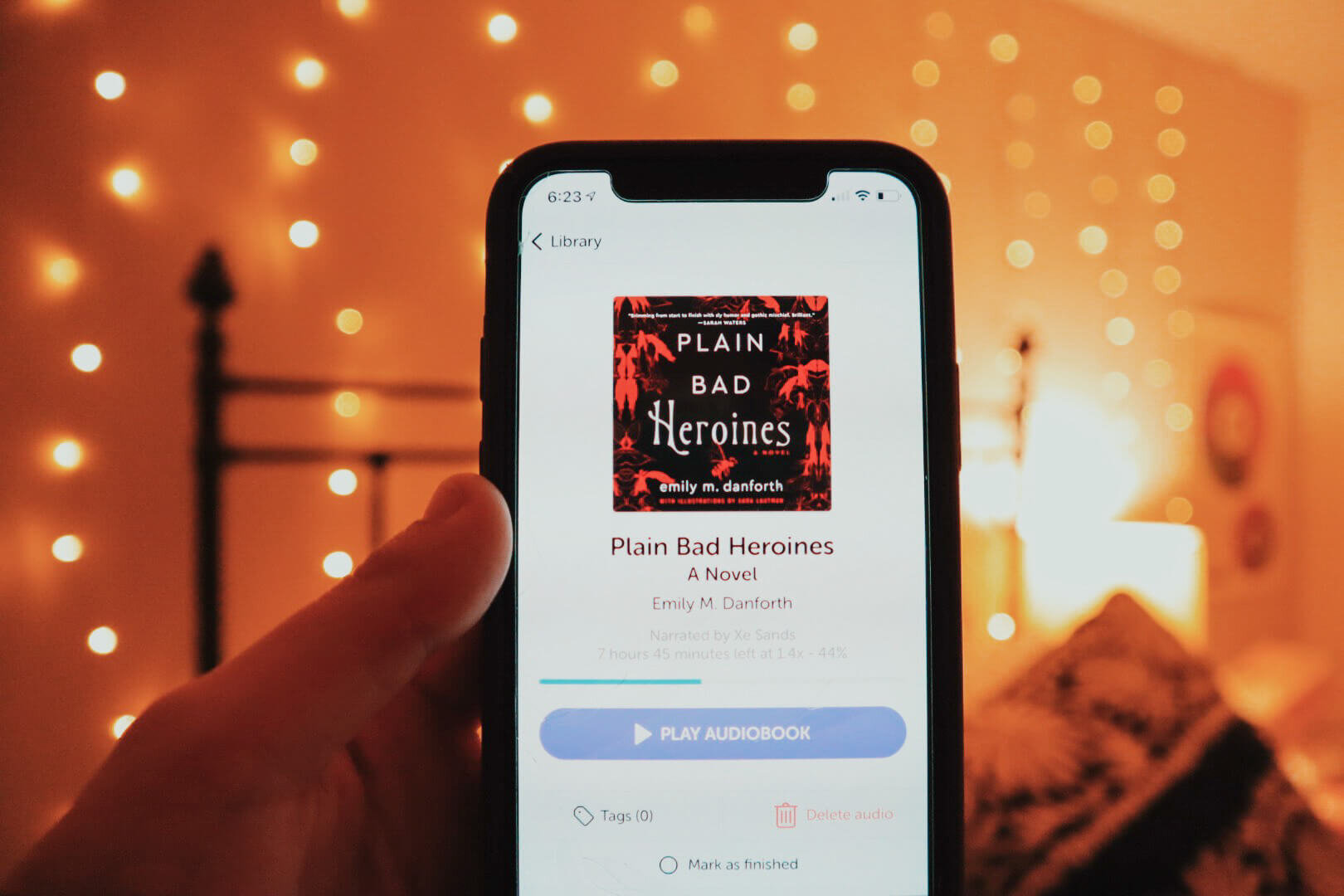 Our story begins in 1902, at the Brookhants School for Girls. Flo and Clara, two impressionable students, are obsessed with each other and with a daring young writer named Mary MacLane, the author of a scandalous bestselling memoir. To show their devotion to Mary, the girls establish their own private club and call it the Plain Bad Heroine Society. They meet in secret in a nearby apple orchard, the setting of their wildest happiness and, ultimately, of their macabre deaths. This is where their bodies are later discovered with a copy of Mary’s book splayed beside them, the victims of a swarm of stinging, angry yellow jackets. Less than five years later, the Brookhants School for Girls closes its doors forever–but not before three more people mysteriously die on the property, each in a most troubling way.

Over a century later, the now abandoned and crumbling Brookhants is back in the news when wunderkind writer Merritt Emmons publishes a breakout book celebrating the queer, feminist history surrounding the “haunted and cursed” Gilded Age institution. Her bestselling book inspires a controversial horror film adaptation starring celebrity actor and lesbian it girl Harper Harper playing the ill-fated heroine Flo, opposite B-list actress and former child star Audrey Wells as Clara. But as Brookhants opens its gates once again, and our three modern heroines arrive on set to begin filming, past and present become grimly entangled–or perhaps just grimly exploited–and soon it’s impossible to tell where the curse leaves off and Hollywood begins.

My Review of Plain Bad Heroines

BIG claps for this one. Plain Bad Heroines passes the Bechdel test with flying colors, and it isn’t missing a thing.

If you’ve read my reviews before, you’ll probably know that I am not a fan of the dual timeline. I’m finicky. I find that it is too easy to prefer one storyline to the other, and you get yanked out of one story and put into another as soon as things start getting good in the name of suspense and cliffhangers. Personally, I find that these don’t tend to accomplish what they are meant to. And yet, Plain Bad Heroines nailed it. Although there are several storylines happening independently of one another within two different periods of time, none take away from the other — I found each set of characters likable and evenly developed, with vivid surroundings.

That being said, I was a bit turned around with the cast, and I think that is my only true critique. In one timeline, we have Harper, Audrey, and Merritt, and in the next, Flo and Clara, Mary MacLane, Adelaide, and Alex and Libbie. Except, that isn’t even a complete list. They do all reflect back on one another and contrast in interesting ways, but in a story where I already had to work to get my bearings, there was a bit of a learning curve when adding everyone in. Nevertheless, I think that losing any of these characters would take away from the realness and truth of each story.

Without spoiling anything, I love how this novel took a modern approach to romantic relationships. Not only does Plain Bad Heroines focus on and normalize queer women, it also defies traditional monogamous partnerships in the most natural of ways. You know how some novels feel like they are screaming about how diverse they are? This one doesn’t do that. It just is a wonderful story which happens to include queer romance.

I almost have a gripe with those trying to define this book as “lesbian fiction”, because while it is that, there is so much more to it, and I don’t think it needs to be reduced down to one aspect. We don’t call other horror novels “straight fiction” as their first classification — they are just horror novels. I know this is a long discussion, so I’ll stop there, but I’m interested to hear what others think.

This book is also just so fantastically weird. It is a book about actors in a movie about a book about a true story surrounding another book — such a difficult, confusing thing to navigate, but Danforth works it all to her advantage, so that the stories all seem to echo back on one another. There are so many little rabbit holes in this book — I feel like I could reread this one over and over again and get something new each time. Plain Bad Heroines would definitely be interesting to discuss in a literature course.

And let me just say that I’ll never be able to think about yellow jackets without remembering this story ever again. It reminded me of Black Mirror’s “Hated in the Nation”. Deeply upsetting stuff.

With all of that, I want to finish up by saying that Plain Bad Heroines definitely makes my favorites of the year list. Even for a scaredy-cat like me, it was well worth the read.

Big thank you to libro.fm and HarperCollins for my complimentary copy of Plain Bad Heroines by Emily M. Danforth. So that you know, buying anything through the links on my site may earn me a small commission.

A Very Spoilery Chat: Queen of Air and Darkness Review

The Latinx Books You Should Be Reading