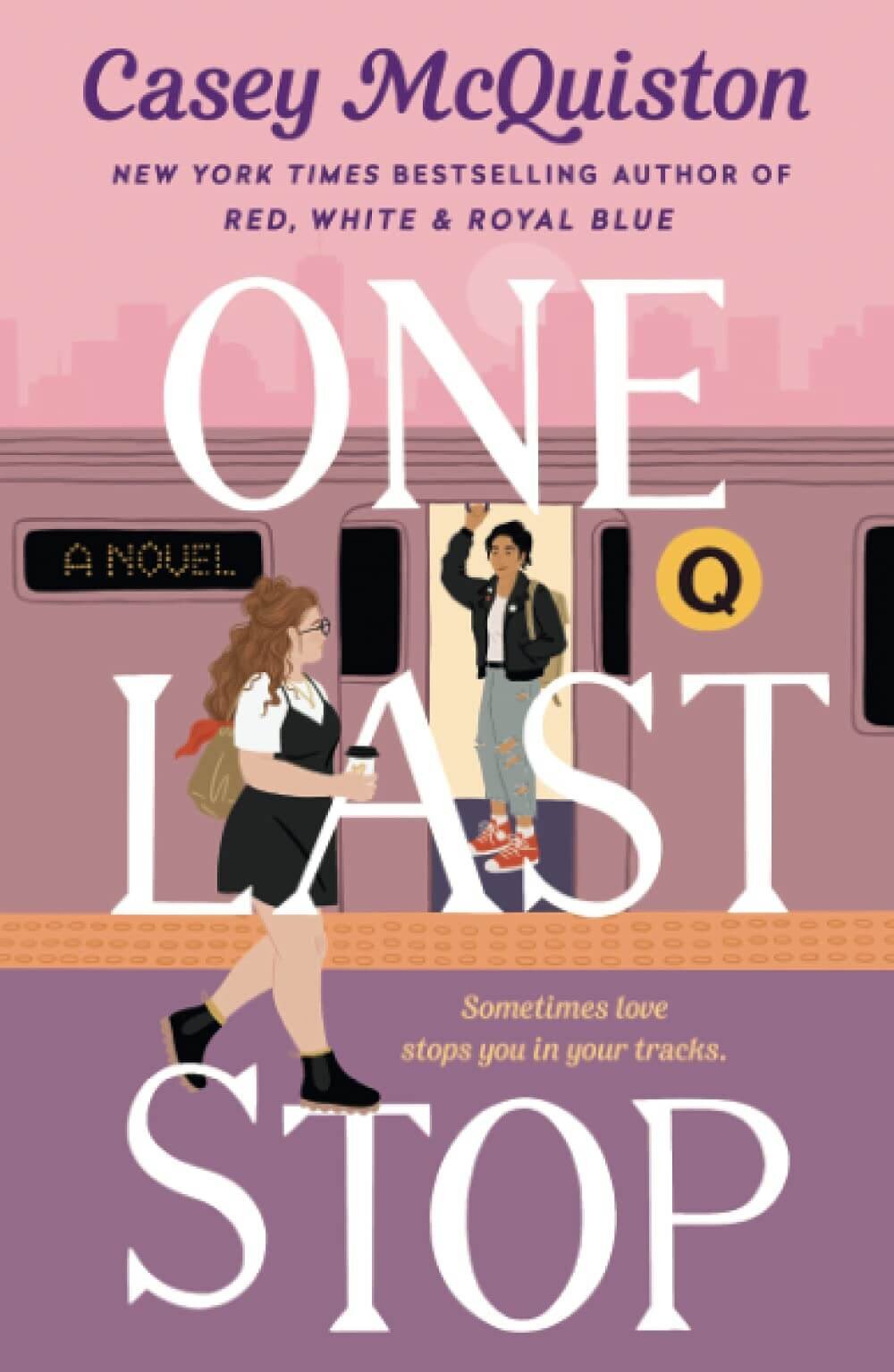 For cynical twenty-three-year-old August, moving to New York City is supposed to prove her right: that things like magic and cinematic love stories don’t exist, and the only smart way to go through life is alone. She can’t imagine how waiting tables at a 24-hour pancake diner and moving in with too many weird roommates could possibly change that. And there’s certainly no chance of her subway commute being anything more than a daily trudge through boredom and electrical failures.

But then, there’s this gorgeous girl on the train.

Jane. Dazzling, charming, mysterious, impossible Jane. Jane with her rough edges and swoopy hair and soft smile, showing up in a leather jacket to save August’s day when she needed it most. August’s subway crush becomes the best part of her day, but pretty soon, she discovers there’s one big problem: Jane doesn’t just look like an old school punk rocker. She’s literally displaced in time from the 1970s, and August is going to have to use everything she tried to leave in her own past to help her. Maybe it’s time to start believing in some things, after all.

Casey McQuiston’s One Last Stop is a magical, sexy, big-hearted romance where the impossible becomes possible as August does everything in her power to save the girl lost in time.

My Review of One Last Stop

I’ve never read a Casey McQuiston book before. Yep, despite all the hype, I’m just not that thrilled with romance (as you might know if you’ve read some of my other reviews). However, the magical premise of it all did catch my attention. Though it turned out to be a little simpler than that (more on that later), I stayed for the characters anyways.

Because y’all, the characters. They were absolutely charming and compelling and felt so real. Myla, Nico, Wes, and Isaiah added so much color to what might have been a bit of a boring story if focused only on August, who feels distant for a good portion of the novel. Jane does border on the manic-pixie-dream-girl trope in my opinion, but . . .

I do have a bit of a grudge with perfect happy endings (and I’m not talking about the actual end of the book, if you think I’m spoiling). It’s probably the aspect of the rom-com genre that turns me off the most. I mean, I like a happy ending, but not too happy of an ending, ya know? In One Last Stop, it’s just a side plot that ends up a little too good to be true, and I felt like it was there purely for the feel-good vibes. But, I desist.

What I was impressed with is that the magical aspect of the plot is actually science, and well-thought-out, too. Yeah, we could probably poke some holes in there, but I enjoyed how unique the explanation turns out to be — and the somewhat surprising talents of August’s roommates.

One Last Stop is also hella queer and the perfect read for Pride Month, especially as it was released just in time. First off, the protagonist is gay, and gay female main characters for the win, because they don’t get enough rep (surprise, surprise). Second, nobody feels like a token character. The cast is just an accurate representation of, well, people.

The place where McQuiston faltered was in the representation of race. It’s possible I missed something, but after hearing some other blogger’s thoughts on the matter, I think talking about this subject is justified. Jane, in case you didn’t know, is East Asian. I’m telling you that because, in my reading experience, the first half of the book was pretty vague in that regard. I think all we got in the way of description was “black hair”. Which just ain’t that helpful. To be fair, there were enough ambiguous hints sprinkled in that I wondered if Jane was supposed to be anything other than white, but listen — it shouldn’t have to be some mystery with clues dropped by the author along the way in order to find out what race someone is.

Eventually, as we find out more about Jane’s past, we do learn that she is Chinese, and it becomes an important part of the narrative — I think it’s safe to say McQuiston just made an oversight, but again, that’s just the kind of thing that shouldn’t be happening when a book has a whole team of editors on it. And authors, I know it might scare you, but that’s the responsibility that comes with being a talented writer. You can overcome the white-as-default problem in literally one sentence.

So those are my thoughts on One Last Stop, and yes, I do think it garners the hype it’s getting. (I mean, the hype is almost always too much, in my opinion, but meeting those kinds of expectations is a bit of an impossible task.) It’s good.

Review: The Hate U Give by Angie Thomas