The Anatomy of Desire Summary 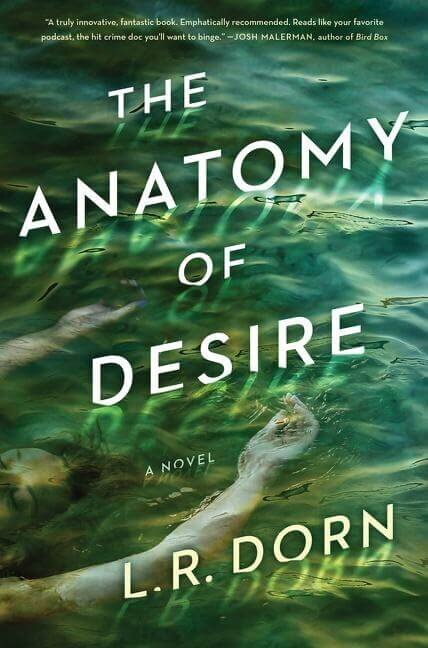 Claire Griffith has it all, a thriving career, a gorgeous boyfriend, glamorous friends. She always knew she was destined for more than the life her conservative parents preached to her. Arriving in Los Angeles flat broke, she has risen to become a popular fitness coach and social media influencer. Having rebranded herself as Cleo Ray, she stands at the threshold of realizing her biggest dreams.

One summer day, Cleo and a woman named Beck Alden set off in a canoe on a serene mountain lake. An hour later, Beck is found dead in the water and Cleo is missing. Authorities suspect foul play, and news of Cleo’s involvement goes viral. Who was Beck? An infatuated follower? Were she and Cleo friends or lovers? Was Beck’s death an accident . . . or murder?

My Review of The Anatomy of Desire

To give this review a little more context: I listened to The Anatomy of Desire on audiobook. And if you haven’t read it already, audio is absolutely the way to go. If you have already read it, do it again, but on audio.

I feel like saying a book is better as an audiobook is some kind of blasphemy. Sure, they are most definitely equivalent in terms of the actual reading of the book, but the audio surpassing the physical book feels like calling the movie better. Because in a way, the audiobook already is an adaptation — the readers add their own spin on the author’s words. I remember once at a Q&A the author was asked if they got to be involved any in the production of the audiobook and how they felt about it. I’ve thought about it ever since — especially since I now listen mainly to audio.

The Anatomy of Desire reads to me like a cross between Sadie, Daisy Jones & the Six, with maybe a little of Saint X mixed in there. So, in a word: Incredible. Admittedly, I wasn’t too excited about yet another thriller — I feel like I’ve read a few too many of those lately and they all seem to blur together. Also, I’m not entirely sure I like the title; It reminds me a little too much of The Anatomy of Dreams, and I think I would say the story is more about ambition, rather than the romantic implications of desire (although yes, there’s still a good deal of romantic strife, don’t worry).

The story is compelling for a few reasons, one being that for a while there the reader genuinely doesn’t know if the main character, Cleo, is innocent or not. (At least, I didn’t.) The whole thing is done in bits and pieces, like your typical true crime podcast series, and you can infer that much of it was recorded in the aftermath of the drama.

Cleo herself speaks for much of the story, but as we progress, we are at times subtly reminded that she is talking about the past, and knows the outcome of her story the whole time. This fact makes it all the more difficult to piece together which parts are genuine, and doesn’t let us forget that the narrative is also being shaped by the rarely-named podcast producer.

There are so many layers to this story, and more than one crazy twist. Don’t pass this one up — and get it on audio, if you can.

P.S. Yes, it does feel weird and ironic that I’m putting this on the internet considering the subject matter of the book.