Y’all, if it wasn’t already evident, I’m falling behind. My TBR list is worse off than usual, and this post was originally scheduled for like a week ago. But I’m trying to relax — I’m here in the U. K. and having amazing adventures. I think it’s worth it if my posts are a little erratic for a bit.

Anyways, both of the books I’m about to talk about were released this past Tuesday, so I want to give a little overview in case you’re looking for something new!

Instructions for a Funeral by David Means 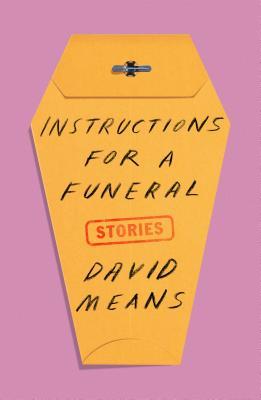 Instructions for a Funeral–featuring work from The New Yorker, Harper’s, The Paris Review, and VICE–finds Means branching out beyond the explorations of violence and trauma with which he is often identified, prominently displaying his sly humor and his inimitable way of telling tales that deliciously wind up to punch the reader in the heart. With each story Means pushes into new territory, writing with tenderness and compassion about fatherhood, marriage, a homeless brother, the nature of addiction, and the death of a friend at the hands of a serial-killer nurse. Means transmutes a fistfight in Sacramento into a tender, life-long love story; two FBI agents on a stakeout in the 1920s into a tale of predator and prey, paternal urges and loss; a man’s funeral instructions into a chronicle of organized crime, real estate ventures, and the destructive force of paranoia.

Means’s work has earned him comparisons to Flannery O’Connor, Alice Munro, Sherwood Anderson, Denis Johnson, Edgar Allan Poe, Anton Chekhov, and Raymond Carver but his place in the American literary landscape is fully and originally his own.

I love a good short story collection, so I jumped at the chance to read Instructions for a Funeral, though I hadn’t read any of David Means’ other works.

Overall, I liked Instructions for a Funeral enough to finish it, but it was not in any means an easy read.  At times I found myself skimming over sentences that, although beautifully crafted, seemed superfluous to the story.  His writing felt stagnant at points, in some stories more than others, and I struggled at times to grasp what was happening, having to go back several times to reorient myself.

However, I emphasized with Means as a writer myself — lines such as “if I could get even a fraction of this down in some kind of pure form, I would be able to lean back, rest, and simply live in the world,” were poignant — and I felt as if I could grasp at least one of the reasons he wrote this collection.  Of course, sometimes this is the intention of the author — not everything is clear-cut and sometimes a piece requires some heavier lifting on the part of the reader.

Instructions for a Funeral had several great stories in it (“The Terminal Artist” being my personal favorite), though it was interspersed with sections that felt more like Means’ own personal musings rather than stories, which slowed things down quite a bit.  Maybe I will try reading this again when I am in a bit of a different mindset.  I think that dedicating some more time to it in a reread would add some value, though right now I’m not sure I would choose this one over some of the other collections I’ve been reading recently.

Instruction for a Funeral by David Means is scheduled to be released March 5, 2019.  Although Farrar, Straus and Giroux provided me with a free review copy, this did not in any way affect my review.

So this is one I have been super excited about, because it seems right up my alley. However, I am only about a third of the way through it because of my workload at the moment. Nevertheless, I can tell you that this one third has been so intriguing. I think that the post-apocalyptic/technological theme has been really prevalent recently, but Infinite Detail seems to have a fresh take — think Station Eleven with serious Black Mirror vibes. I am definitely going to finish this one, and I’ll post my thoughts, as always, on my Instagram.

Here is the publisher’s summary: 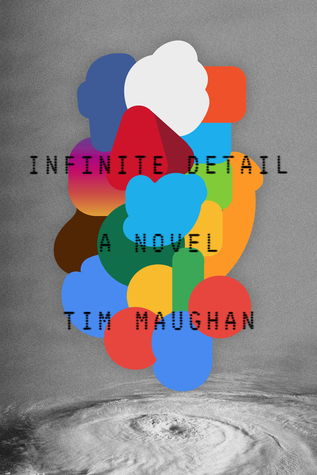 BEFORE: In Bristol’s center lies the Croft, a digital no-man’s-land cut off from the surveillance, Big Data dependence, and corporate-sponsored, globally hegemonic aspirations that have overrun the rest of the world. Ten years in, it’s become a center of creative counterculture. But it’s fraying at the edges, radicalizing from inside. How will it fare when its chief architect, Rushdi Mannan, takes off to meet his boyfriend in New York City–now the apotheosis of the new techno-utopian global metropolis?

AFTER: An act of anonymous cyberterrorism has permanently switched off the Internet. Global trade, travel, and communication have collapsed. The luxuries that characterized modern life are scarce. In the Croft, Mary–who has visions of people presumed dead–is sought out by grieving families seeking connections to lost ones. But does Mary have a gift or is she just hustling to stay alive? Like Grids, who runs the Croft’s black market like personal turf. Or like Tyrone, who hoards music (culled from cassettes, the only medium to survive the crash) and tattered sneakers like treasure.

The world of Infinite Detail is a small step shy of our own: utterly dependent on technology, constantly brokering autonomy and privacy for comfort and convenience. With Infinite Detail, Tim Maughan makes the hitherto-unimaginable come true: the End of the Internet, the End of the World as We Know It.

Infinite Detail by Tim Maughan is scheduled to be released March 5, 2019.  Although Farrar, Straus and Giroux provided me with a free review copy, this did not in any way affect my review.

Much love (and hoping to be posting more regularly soon),

This Is Why Salman Rushdie Is So Controversial

Review: A Study in Charlotte by Brittany Cavallaro